And The Show Did Go On

"Vulnerability is the birthplace of innovation, creativity and change" – Brene Brown (TED 2012)

Experiential learning – learning by doing – is at the heart of a UWCSEA education. Our students know that breadth and depth of understanding and knowledge is achieved not by academic inquiry alone, but by being connected to, and immersed in, the world around them. That’s why our average student’s daily calendar is full, not just with academic classes, but service meetings, drama rehearsals, music practice, sporting events, or any one (and often, more) of the 642 activities taking place each week on East campus. 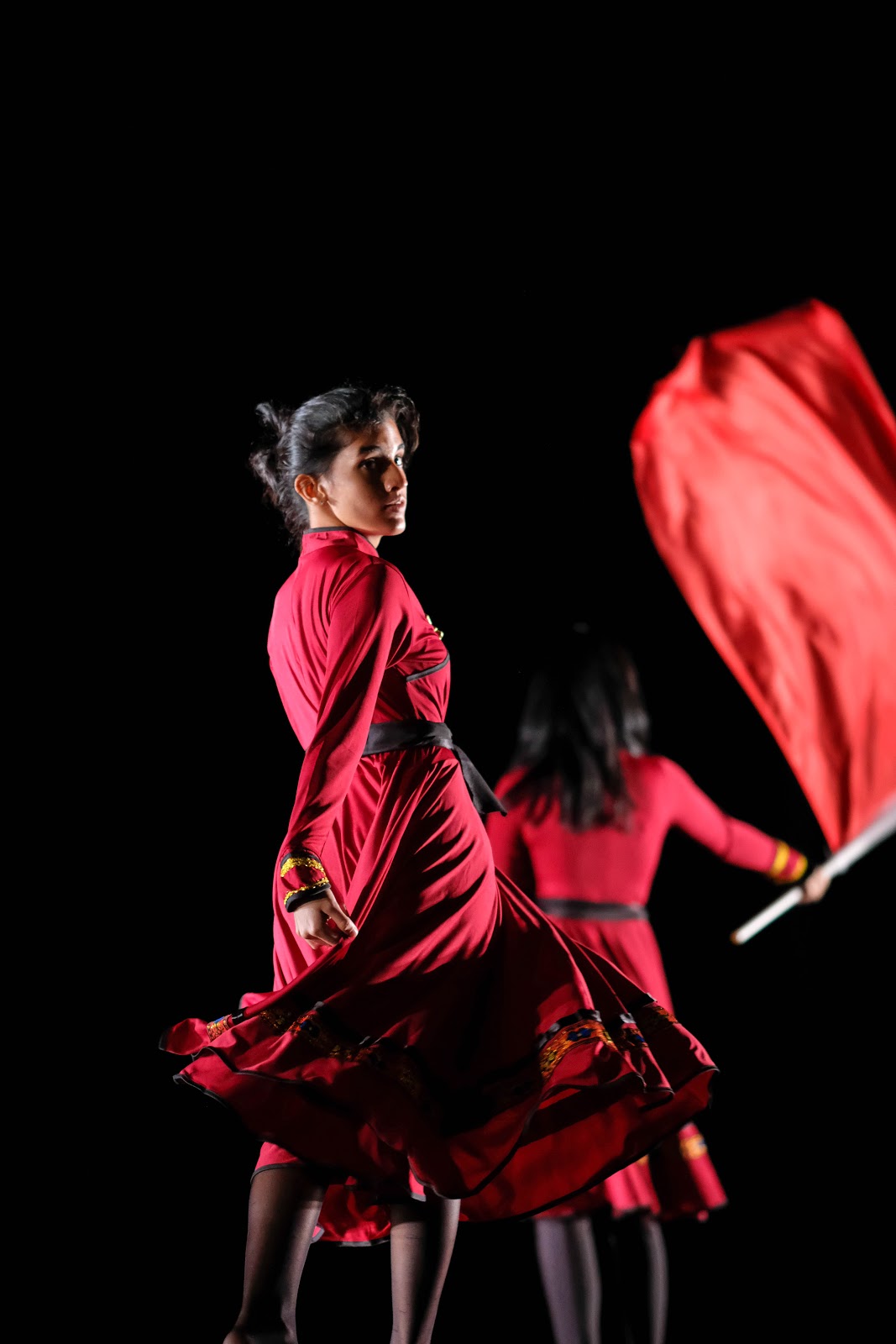 This term, however, learning through experience took on a different guise, as students were presented with the restrictions and impositions of living and learning in the time of COVID-19. In Singapore, as in much of the world, live theatre and music performances were cancelled, sports fixtures and competitions were called-off, community programmes were paused and off-site activities were halted. This was new, unfamiliar territory which, although disconcerting and disappointing, yet created an impetus to rise to the challenge of finding new ways of doing what we had always done. Our students and staff did not only just that, but exceeded what we could have imagined possible at the beginning of this academic term in August.

There is a lot of talk in education and beyond about the importance of resilience, grit, and determination in the face of challenge or adversity. This can sometimes ring platitudinous, or even a form of empty rhetoric to some. Returning to campus in the middle of a pandemic, however, certainly tested our belief in what we teach our students. Suddenly, there was an abundance of rules, regulations and restrictions to follow to the letter, all designed to keep our students and staff safe and well, of course, but with the added effect of drastically limiting the events we had planned for this term. But this is where our incredible staff saw the opportunity to try new approaches, to find other ways of doing, to be inventive, creative and collaborative in trying to keep open the opportunities for students that have always been available. The extraordinary spirit of ‘we can do this’ gave us Culturama, Unplugged, Wavelengths, a Theatre Festival week and all the while our sports teams also played and trained on. 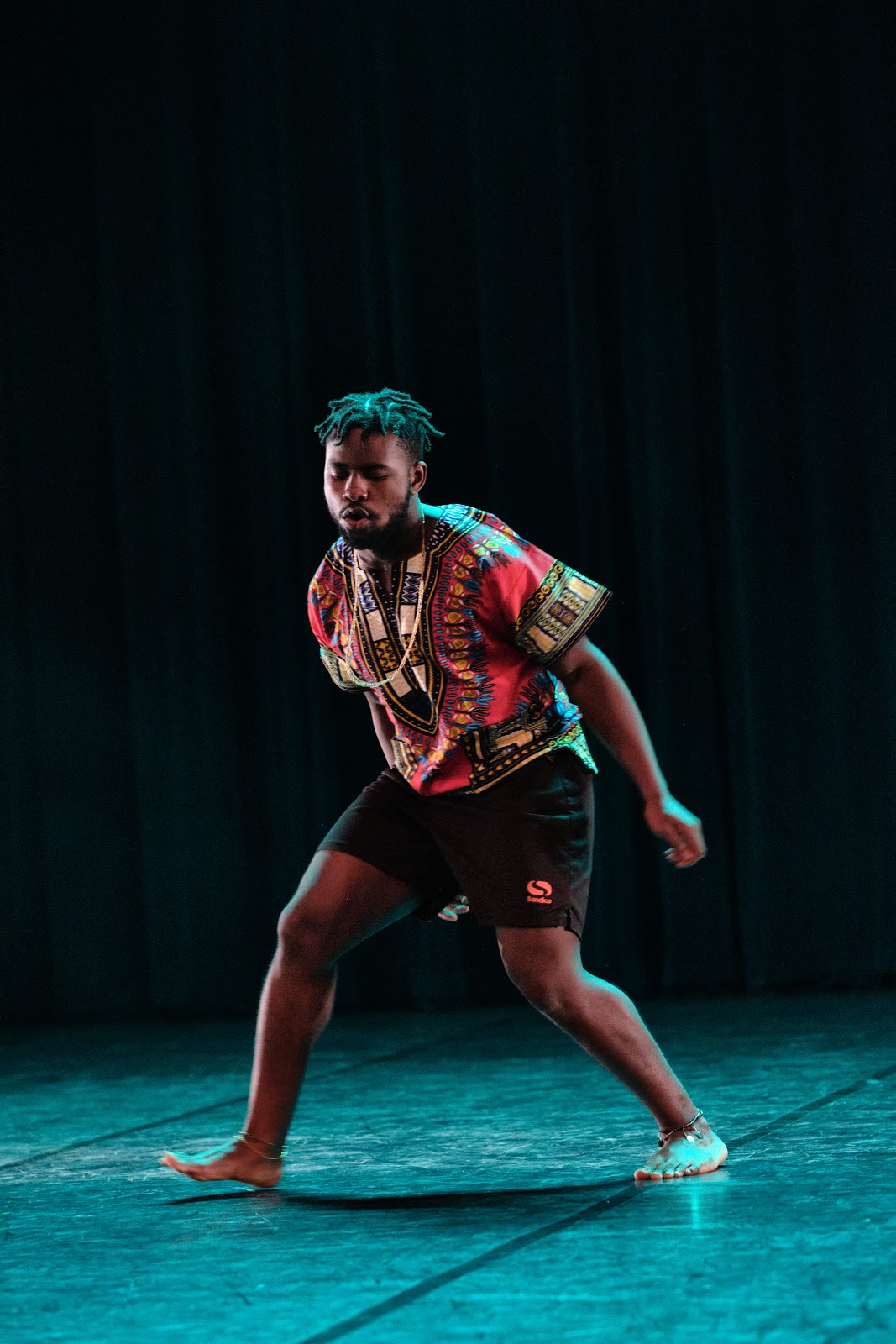 The first meeting of the Culturama Executive Committee in August (composed of staff and students) was spent trying to figure out how a live, signature event involving hundreds of students in the High School could still happen, despite the cancellation of live events in the country. During months of lockdown, the committee still met each week and planned, led by the inimitable Khushi Raju and Fauzan Aryaputra who not only planned the event to include music and dance, but also added spoken word this year. Under their leadership, dance leaders, dancers, musicians and performers – just over 250 of them – continued to plan, rehearse and prepare for a performance that would be adapted to adhere to COVID-19 regulations, but also one that would give students the ‘live’ experience of performing onstage while being filmed by a crew (and here we must acknowledge the incredible work of Lauren Hickson and Lindsey Stirrat in engaging the film crew, getting behind the camera themselves and then spending much of the half-term holiday editing hundreds of takes into the final show). The result was a recorded performance that had all the beauty, vibrance, variety and spectacle of previous years’ shows, but with the added benefit of being able to watch it again in the future.

Sport has continued with a similar sense of purpose and creative energy. No fixtures or competitions created a space that has given squads and sports teams time to recalibrate their thinking with their coaches about physical activity and competitive sport, and to unpack the possible meanings and applications of our theme this term:  ‘Beyond Fixtures’. Engaging with our students on team and individual goal setting, running values-based sessions focusing on physical literacy has allowed the students to work on their own intrinsic motivation regarding sport and performance.

For the first time at UWCSEA East, our Drama department developed a theatre festival week featuring four student-led plays. Our outstandingly talented High School students directed and acted in challenging, mesmerising performances – Antigone (directed by Iona Steger), Accidental Death of an Anarchist (directed by Ranveer Nalwa) An Enemy of the People (directed by Nimisha Iyer) and Arabian Nights (directed by Raniyah Basheer) which were also streamed live to audiences watching from outside the studios. We look forward with great excitement to the Term 2 productions which will feature a retrospective ensemble of musical theatre from UWCSEA East’s performance history. 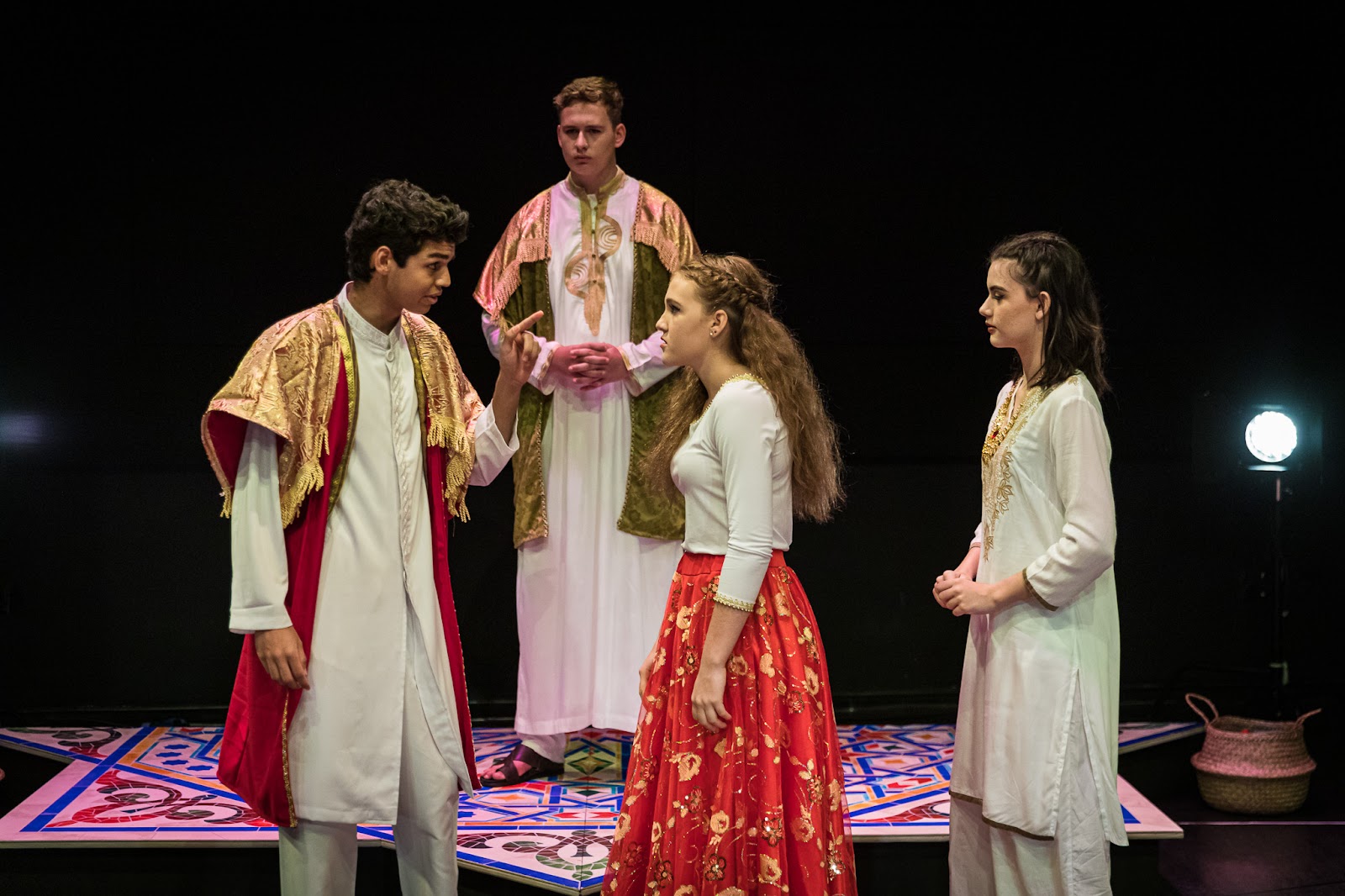 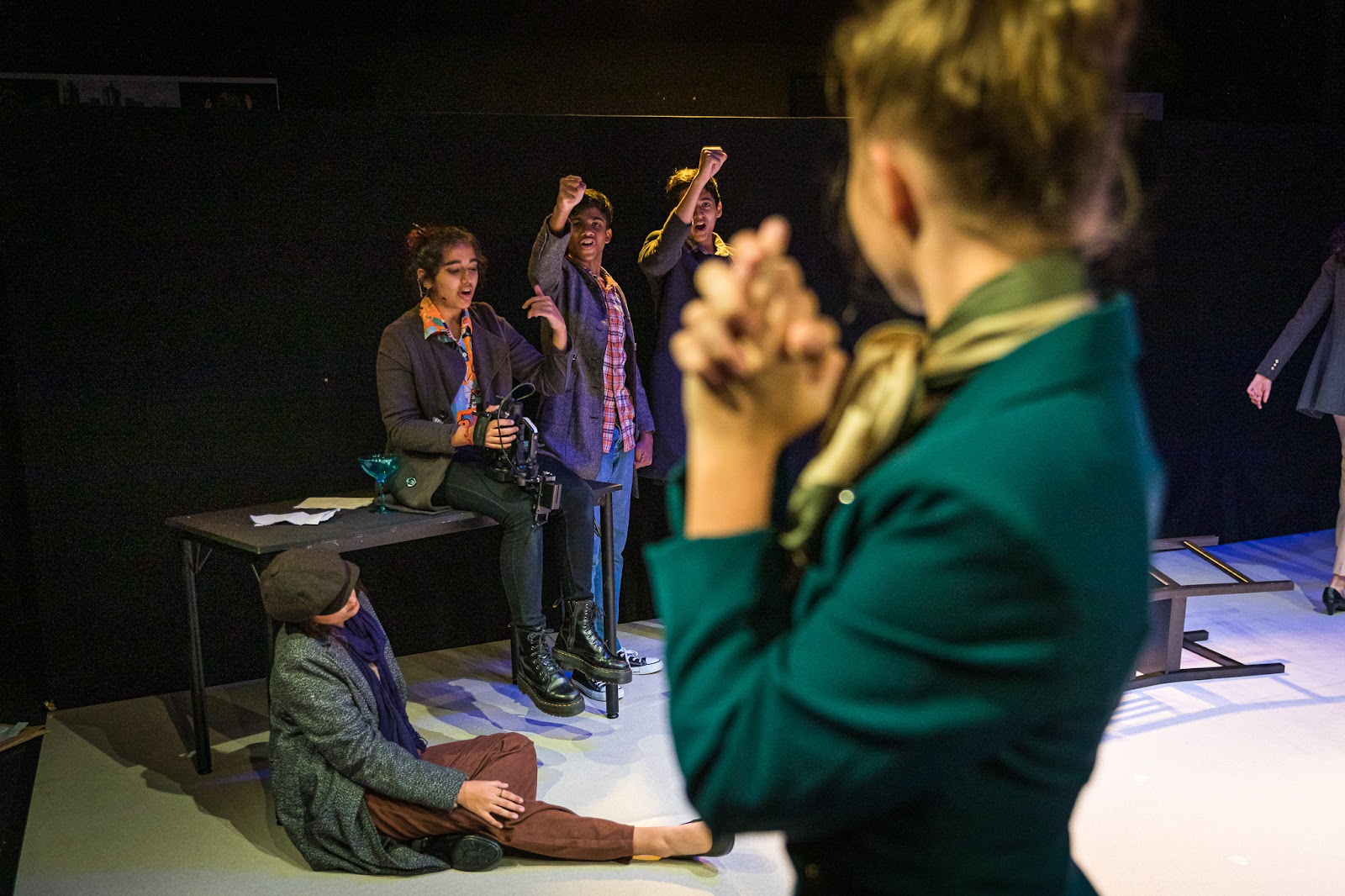 Music has continued to be an exceptional creative collaboration between students and our music specialists. Unplugged and Wavelengths, our annual Term One events, were virtual performances of subtlety, depth, range and emotional intensity from our Middle and High School musicians and singers who continue to make these events among the highlights of our calendar. 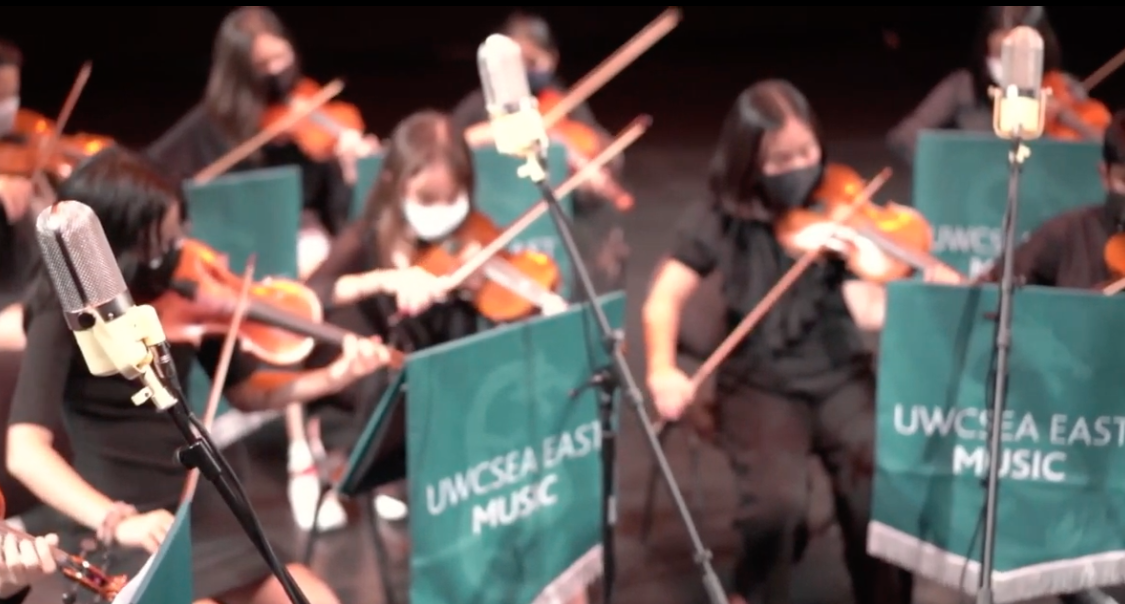 Our High School Model United Nations (MUN) team of 180 members has continued to develop and give opportunities to our students to learn about diplomacy, international relations and the United Nations organisation. This term, East has participated in two virtual conferences, where students have proposed, argued, debated and ratified, developing their skills of diplomacy and articulation in the process. On 12 December, we hosted our very own virtual event with six schools from across Asia.

As the term draws to a close, a special mention must go to two Grade 12 students whose dedication, determination and intense training schedules have won them distinctions. Samatha Saysoon has won a full scholarship to the University of California for fencing, and Owen Allwood has been offered a scholarship to the University of Calgary for swimming. Their achievements are hugely impressive, and we are very proud of them, as we recognise all that they have done to work towards these prestigious awards. 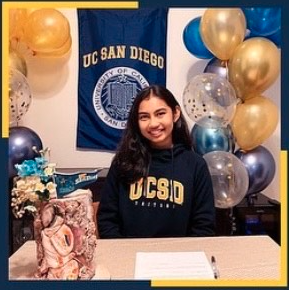 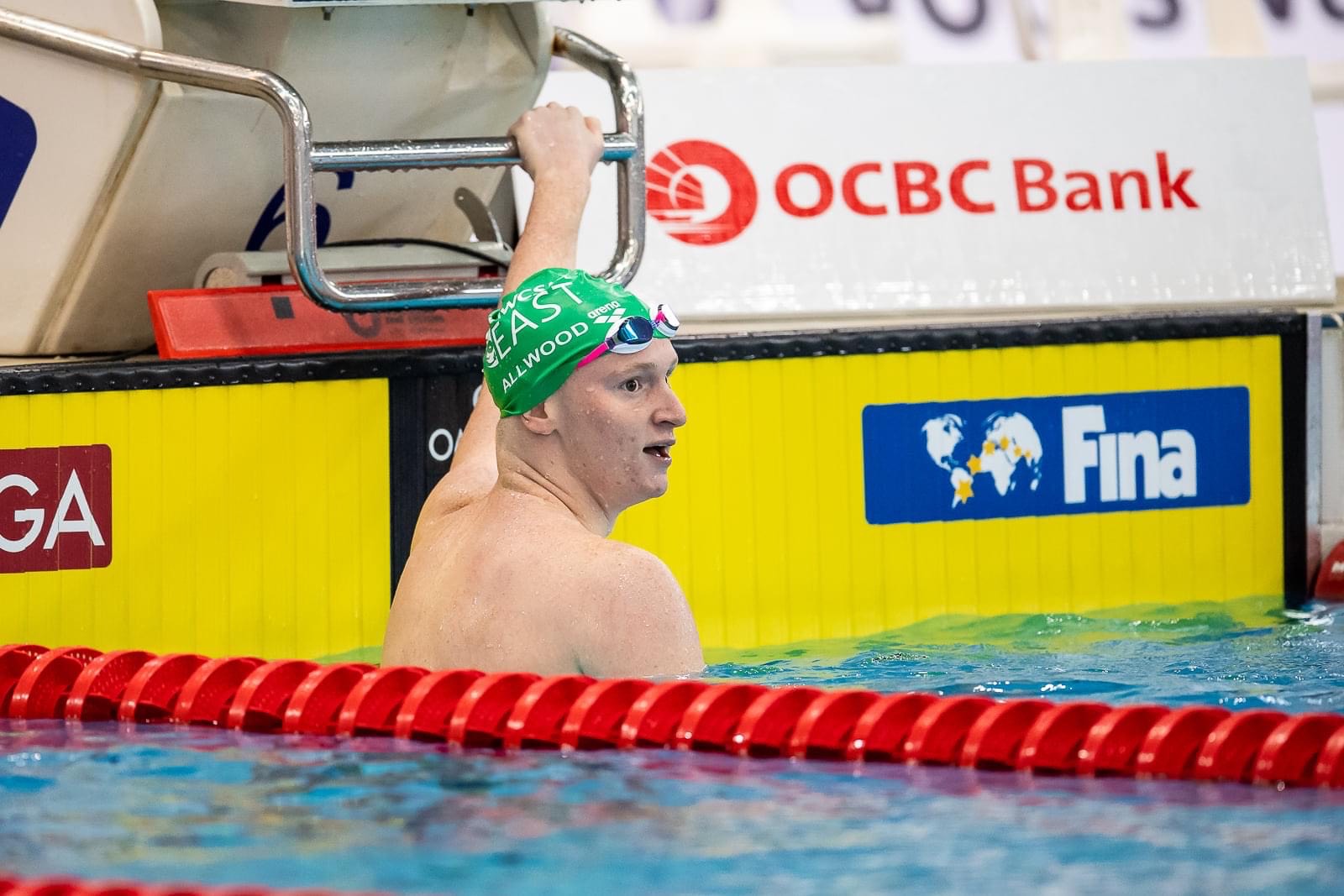 Equally impressive are those whose endeavours are somewhat less in the limelight, yet require similar application, drive and vision. Our Boxing and Football student-led coaching sessions are some of the student leadership programmes we are currently offering. Our student leaders use their time to develop and plan opportunities remotely for our service partners who cannot access our campus. We thank them for their hard work and admirable service to others in our Singaporean community.

Term One has looked and felt different in some ways, to be sure. But East campus has felt as vibrant and alive with the creative energy of the UWCSEA spirit as it always has. Our teachers have been role models for our students in their determined will and effort to make things happen, and our students remain as mindful, principled, resilient and, above all, true to the UWC mission as they always have been. It is our privilege to continue supporting them as teachers, coaches, mentors, providers and facilitators. It is our privilege to be part of this very special community that believes in the transformational power of creative thinking and innovation, most especially in times of challenge.

Share to FacebookShare to TwitterShare to LinkedInShare to Email